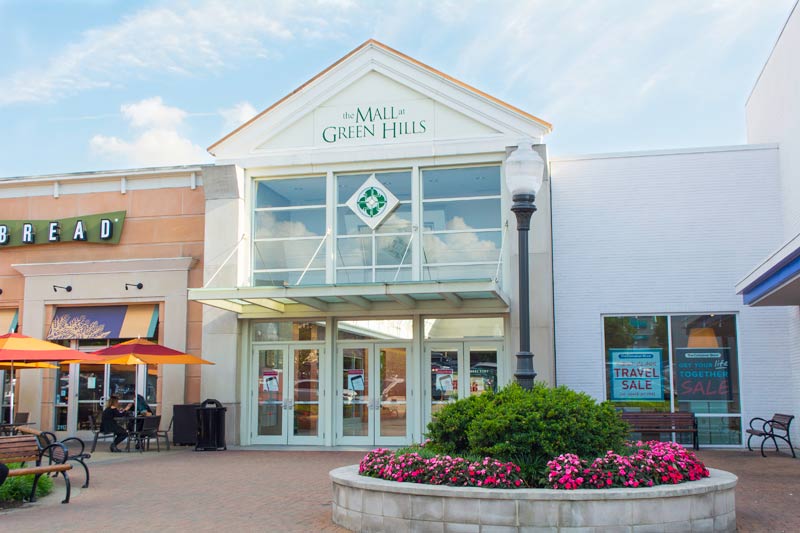 Considered by many to have the best upscale shopping in Nashville, Green Hills is one of the southern most communities in Davidson County. The Green Hills Mall and Hill Center, just minutes apart, feature luxury brand name stores such as Louis Vuitton, Burberry and Tiffany & Co. alongside favorites like Anthropology, Lululemon, Whole Foods and Trader Joe’s.

Green Hills is also home to the world famous Bluebird Café, nestled in an unassuming row of stores along Hillsboro Road. Long before it became famous thanks to ABC’s hit drama, Nashville, this local singer/songwriter’s nightclub earned its fame as the creative breeding ground for artists like Keith Urban, Garth Brooks, and Kenny Chesney long before they were household names.

Although just minutes from miles of walking paths at Radnor Lake and Percy Warner Park, Green Hill also has a variety of indoor health and fitness establishments ranging from the YMCA to private Pilates and yoga studios. Local luxury spas and salons are also available to cater to any of your wellness needs.

Just outside the bustling corridor of Hillsboro Road lies some of the most desirable homes in Nashville. Grand Federal style brick homes, Craftsman bungalows, modern townhomes, and Southern style mansions – Green Hills truly has an option for anyone who appreciates having everything they need right down the street.

Click on the links to the left to view more information about Nashville Area Communities and Suburbs!